Today, after listening to the gorgeous and incredibly intelligent, Sarah Bird, General Counsel for SEOmoz, on Webcology at WebmasterRadio, I decided to file an official notice of opposition (NOO) against the poor schmuck that’s trying to trademark SEO. That’s right, someone is trying to trademark our beloved acronym, SEO!

Sarah discovered the evil plan a few weeks back after updating some SEOmoz trademarks. To her and the greater SEO communities’ dismay, Jason Gambert, unsuccessfully filed for trademark registration of SEO in May of 2007, but in January of 2008 he convinced a no-doubt weary judge to approve his application. Today was the last day to file a Notice of Opposition before publication. Eek!

So, what does any of this mean for the greater SEO community? If Mr. Gambert is successful in registering he would assume exclusive rights to the word and have the ability to limit usage. If you’re currently selling a SEO related service and use the term, he would have grounds to require you license (i.e. pay for) it from him. Also, this would give him enough ammo to go after competitors bidding on SEO related terms on the various pay-per-click channels. 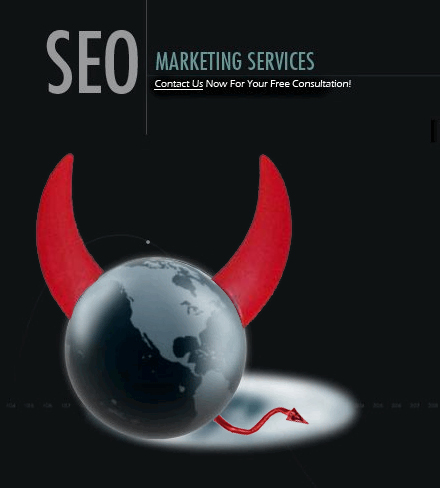 (Sarah, feel free to correct me if any of this is incorrect.)

I personally think it’s a genius move and it almost went undiscovered, but it’s also in my opinion, a ROYAL ASS move and he needs to be stopped. To register an acronym that’s been widely used by this industry for more than a decade is completely ridiculous. I’m one of the youngest SEOs in the crowd, but I’ve been providing SEO services years longer than Mr. Gambert’s claim.

To my knowledge SEOmoz, ArteWorks, Jonathan Hochman and myself were the only parties to file a NOO against Mr. Gambert. Am I missing anyone else out there? My Notice of Opposition was tiny and no doubt incoherent with such little time to discuss with my lawyer, but I’m hoping it’s enough to lend support to Sarah’s exhaustive case for denying registration of the SEO trademark.

> Listen to full Webcology podcast on the SEO Trademark with Sarah Bird.

> Read the gory details of the SEO Trademark status at SEOmoz.

> Read my copy of the Notice of Opposition to Trademark SEO.

Update: I’ve been going through Jason’s new blog (which I also won’t link to… Google it) and this just made me ill:

My goal in owning the trademark for the word SEO is not to try to force people to change their SEO process, but rather, prevent companies from selling â€œSEOâ€ as a service under false pretenses.

The last time I checked we didn’t need a SEO dictator. This is beyond disturbing to me and the only similar situation I can think of is labeling food “organic,” which actually has some value. We (PEOPLE not Produce!) don’t need to be regulated, there’s an inherent system of checks and balances, just like every other professional industry. From my understanding of the situation the only two possibilities I can see are that Jason is either filing the registration for personal gain or he has an unhealthy complex that he should be the governing body for all things SEO. I understand he’s asked other bodies to help draft “standards” for best SEO practices, but if standards is what he wants he should have created a certification program, rather than going after a commercial service.

Power to the SEOs! UNITE! Edit: Daver just called the ArteWorks NOO to my attention. There are some heated disputes going on that you can read about on the ArteWorks blog.